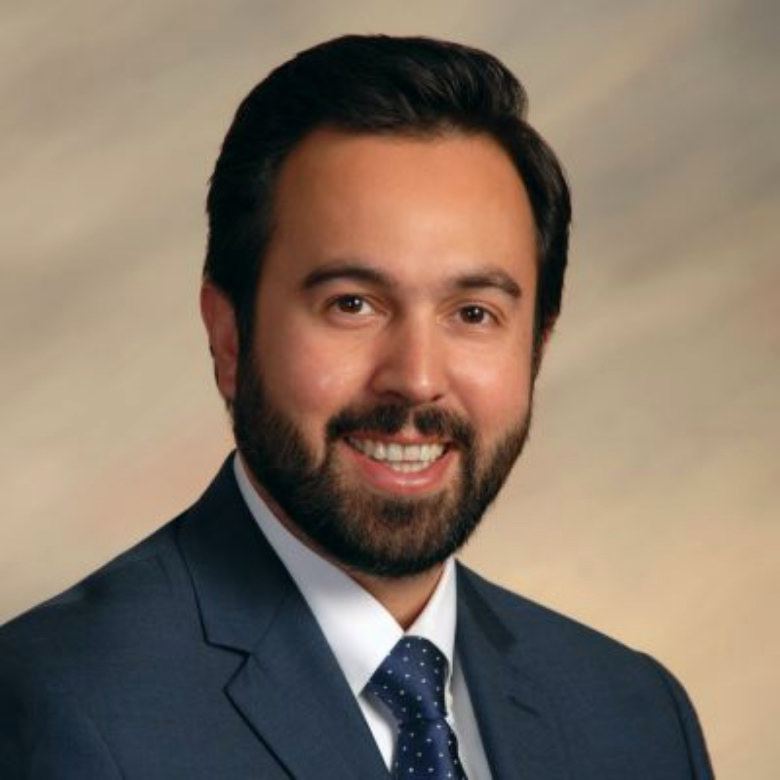 Juan Francisco Padrés also known as JP, is the new Public Affairs Manager for the autonomous trucking company TuSimple. Based in Tucson, AZ, JP is responsible for government, business, and community outreach in Arizona, New Mexico and Texas. Born and raised in Nogales, Sonora, Mexico, Juan studied at the University of Arizona where he earned his BA in Political Science and his MBA from the UA Eller College of Management. Previous work experience has been at the City of Tucson where he served as the Economic Development and International Trade Specialist, as well as in the private sector with companies such as JPMorgan Chase, Wells Fargo, and as an entrepreneur and business owner in Tucson. Juan is married to his wife, Maria Paloma, and they have two daughters, Paloma and Rebeca, and a beagle named Bruno. Juan enjoys spending his spare time in San Carlos, Mexico with friends and family, and is an avid skier in the winter months. 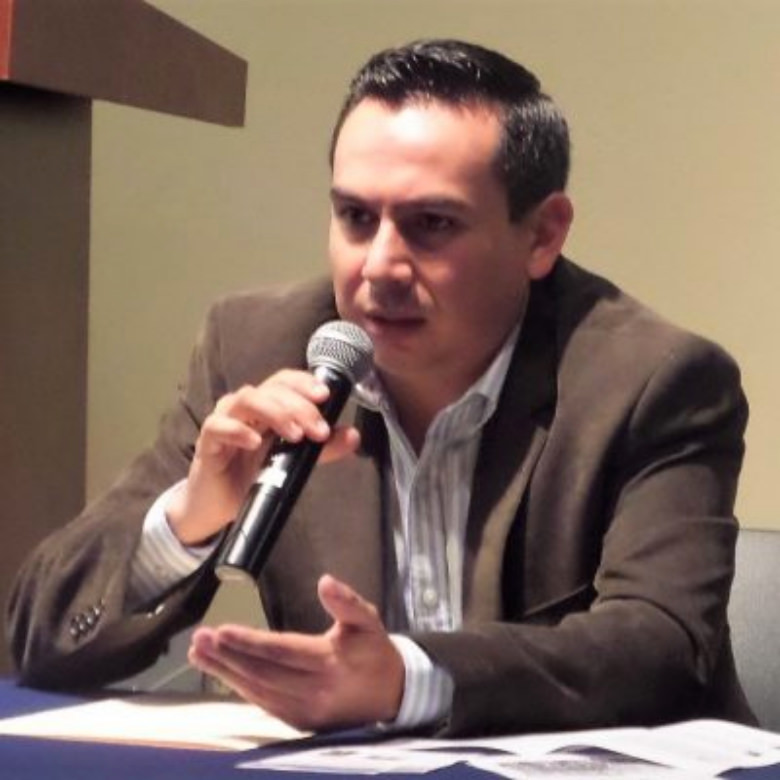 Luis E. Coronado Guel is the Director of SBS Mexico Initiatives. He holds a doctorate in Latin American History. He received a bachelor’s degree in law from the Autonomous University of San Luis Potosí and a master’s degree in history from El Colegio de San Luis. His research interests include the cultural and intellectual history of nineteenth and twentieth century Mexico, specifically, its nation-state building processes by analyzing patriotic celebrations and public rituals. He is also interested in the history of mass media and technology's development in Mexico as a result of 1910 Cultural Revolution. His first book, La Alameda Potosina ante la llegada del ferrocarril (2009, 2015) is an intellectual and cultural history on the impact the railway had in the region of San Luis Potosí. Coronado’s teaching experience includes a variety of survey, upper-level, and graduate courses in Mexico and the United States in the fields of history and law, both in English and Spanish. 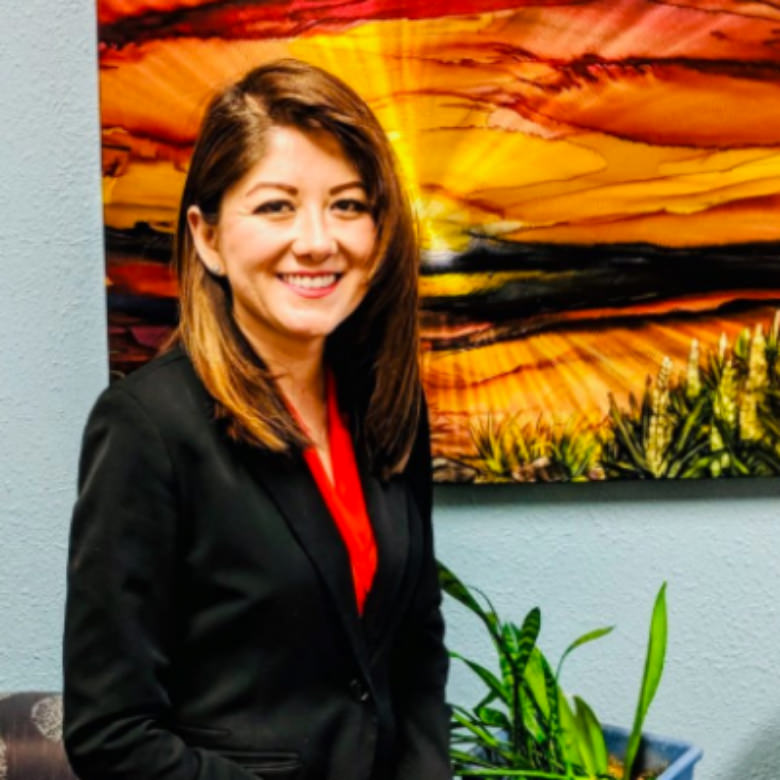 Yvonne A. Perez, Ph.D. is the Program Coordinator for International Development at Pima Community College. She is responsible for implementing short-term mobility programs with partner institutions from Mexico, strengthening PCC’s participation with Fulbright programs, and promotes co-curricular programs for international students at PCC. Yvonne grew up in Nogales, Sonora, Mexico and moved to Tucson, Arizona when she began her bachelor’s degree at the University of Arizona. She completed her B.A. in Psychology and M.A. in Educational Psychology at The University of Arizona, and her Ph.D. in Cultural Foundations of Education at Syracuse University. Yvonne co-authored a chapter on college-wide campus internationalization titled “Building a World-Class College: Creating a Global Community at Pima Community” and a research article titled “’Frozen in Time’: The impact of Native American media representations on identity and self-understanding.” 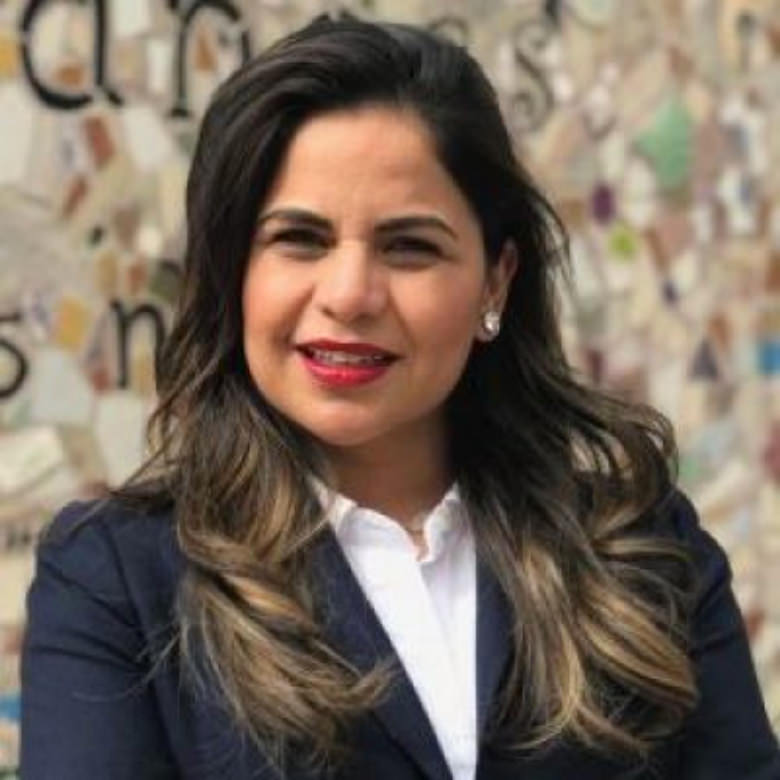 Marisol Vindiola is currently the Director of Mexico Initiatives at Visit Tucson, where she is responsible to work with all the Visit Tucson Departments, business partners, and local, state and international governmental organizations to strengthen the promotion and relationship between Tucson and Mexico. Visit Tucson is the official destination marketing organization for Tucson and southern Arizona.Ms. Vindiola currently serves on the boards of director for Arizona Town Hall, Patronato San Xavier Mission, Tucson-Mexico Sister Cities, Tucson Craft and collaborates with writing articles pertaining to the promotion of tourism in the region, for main Spanish media, such as Vamos a Tucson Visitor’s Guide in Spanish, El Imparcial Newspaper, Tu Casa Nueva Magazine, Mega-Cable, Arizona Bilingual Newspaper, Univision, Telemundo, among others. 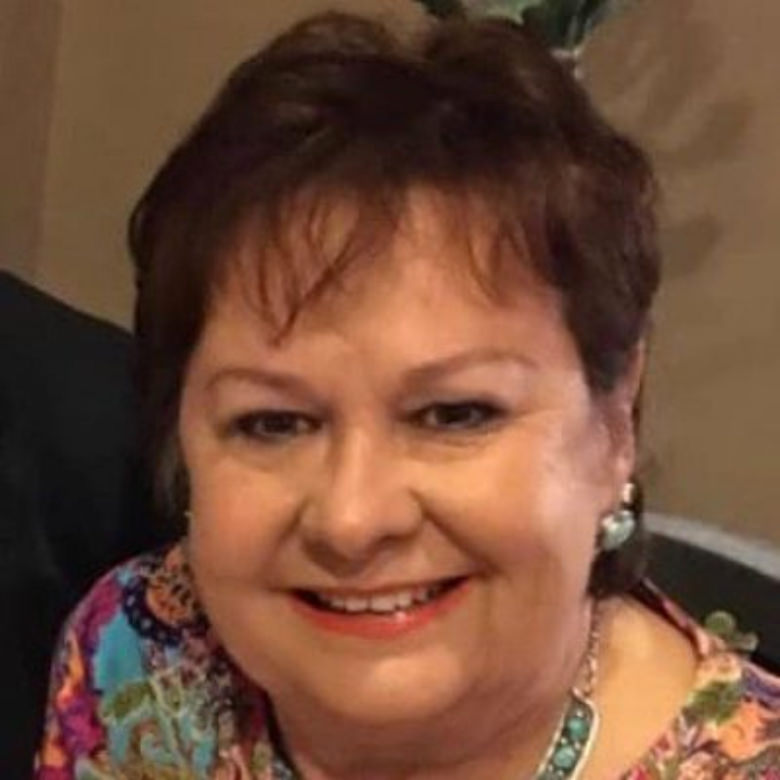 Donna Whitman is a native Tucsonan. She received her B.A. degree from the University of Arizona and her career consisted of 32 years as Director of Interpreter Services for the Arizona State Court System in Pima County and continues to work as her time permits as a freelance interpreter. Her Community and professional service were numerous as a member of the National Association of Judicial Interpreters and Translators and past president of the Arizona Court Interpreters Association, a board member of the Tucson Women’s Commission, and the Arizona Lung Association to name a few. She is also an advocate for shelter pets and enjoys her newly rescued pup Guapo. She has had the pleasure and honor of serving as past president and a current board member for 23 years of the Tucson Mexico Sister Cities Association. Donna is married to her husband Frank Valenzuela and has 2 sons Alejandro and Arturo Alcantara. Her hobbies include traveling, the beach, and giving back to her community. 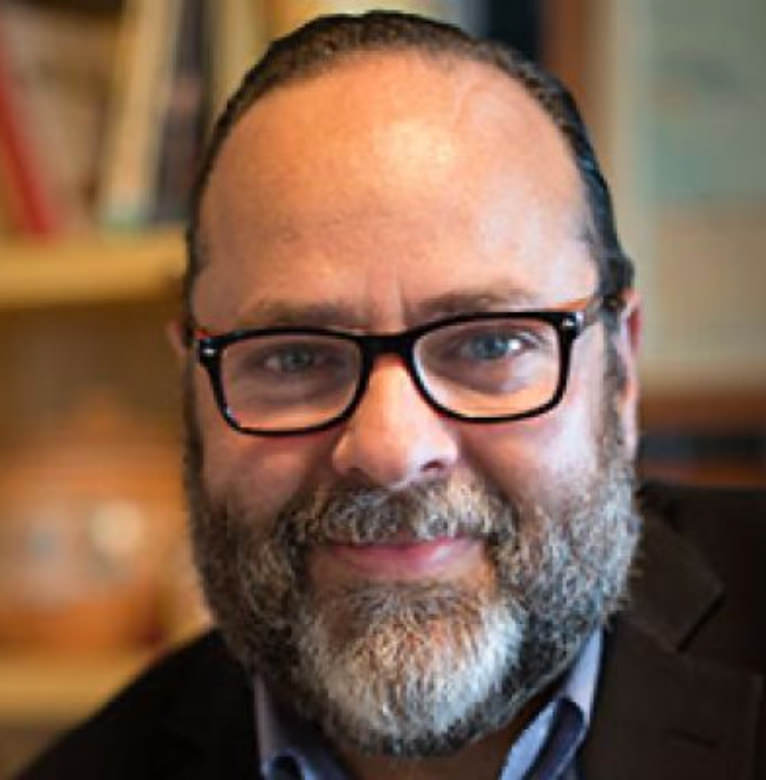 J. Felipe Garcia has a varied background in tourism, international trade, investments, business transactions and government strategies. Currently, Mr. Garcia serves as the Executive Vice President of Visit Tucson. At Visit Tucson he is responsible for developing and implementing programs to enhance the relationships between Tucson and Mexico. Mr. Garcia holds a law degree from the Monterrey Institute of Technology (ITESM) in Mexico and an L.L.M. in international trade and investment law from the University of Arizona, James Rogers College of Law. 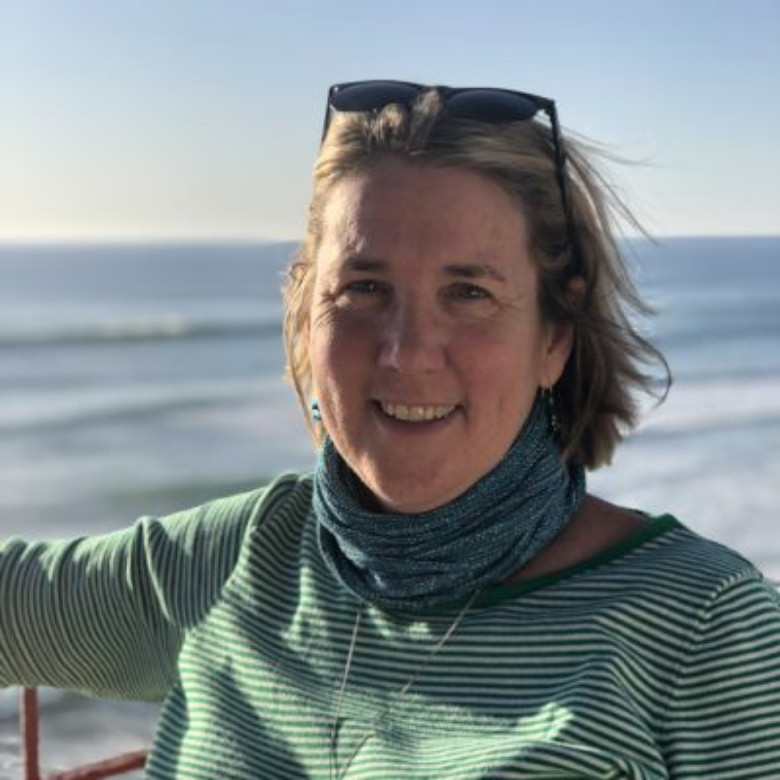 Kim Freidah serves as bilingual psychologist at Gallego Intermediate Fine Arts Magnet School in the Sunnyside Unified School District. A native of Sag Harbor, Long Island, she moved to Tucson in 1984 to begin her doctoral program at the University of Arizona School Psychology program. After four years as bilingual school psychologist with Sunnyside, she wanted more immersion in Latino cultures and took assignments in community development and higher education in Tamaulipas, Mexico and later Managua, Nicaragua. After 18 years abroad, she returned to Tucson and Sunnyside in 2010. She enjoys being involved with Southside Presbyterian Church, Sonoran Spa HOA, Southern Arizona Psychological Association and TMSC. She appreciates the strong connection with Mexico, where she has permanent residency, and travels to Puerto Peñasco or Ensenada whenever possible. Kim enjoys that her two adult children and two grandchildren live in Tucson now. She loves to sing, play guitar, swim, kayak, laugh, and have fun. 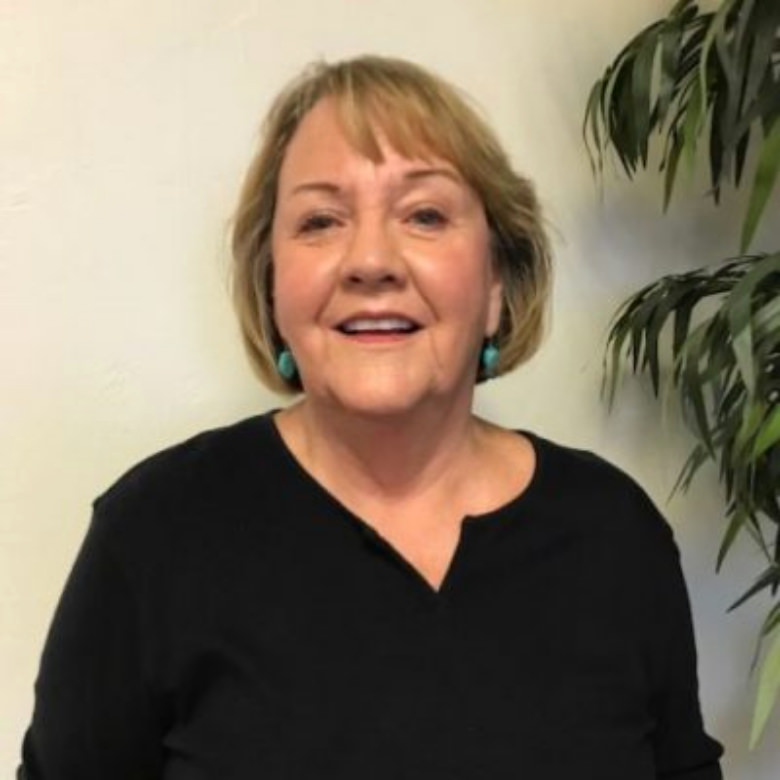 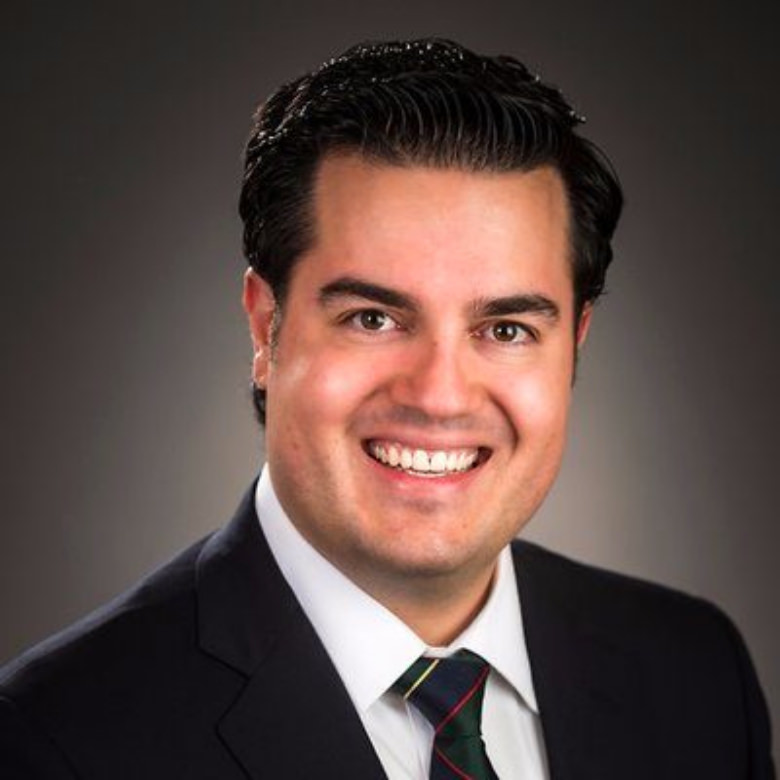 Ricardo Morales was born in our Sister City Guadalajara and he is a graduate of The Universidad Autónoma de Guadalajara. He has more than 10 years of experience in The United States-Mexico Relations. His work experience includes: The United States Consulate General in Guadalajara; The Consulate of Mexico in Tucson; The Tucson Hispanic Chamber of Commerce; The Ambos Nogales Hispanic Chamber of Commerce & International Welcome Center; The Southern Arizona Office of the Arizona Governor as well as assisting the Arizona-Mexico Commission in events. Ricardo Morales is also Co-Facilitator of the Hispanic Leadership Institute in Tucson. 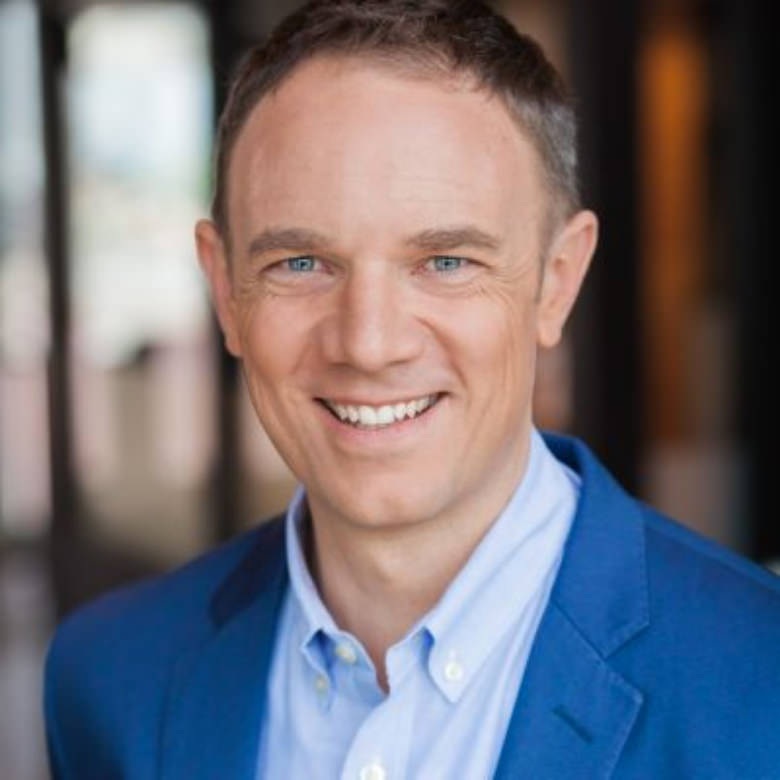 Lance Willett is a technologist and business executive focused on creating high-quality and engaging experiences for people who use WordPress to publish online stores, websites, and blogs. He currently serves as Director of Product Operations for Automattic. Lance loves spending time at the local library, studying poetry and literature in both Spanish and French, playing tennis in the local men's league, and trying to find the perfect espresso. Born in Coyoacán, Distrito Federal, México, Lance spent his childhood years between Durango, México and Tucson, Arizona—graduating from the University of Arizona with a Bachelor's Degree in Humanities. With both parents serving as linguists and translators, Lance is comfortable working in cross-cultural situations.

All rights reserved. Reproduction of material without writtenpermission is strictly prohibited.